The astonishing Embroiderers of Meiji Japan

“Their range of stitches, their ingenious methods and combinations, and the variety of effects attained with the needle and a few strands of coloured silk, easily place the Japanese first among all embroiderers. They can simulate the hair and fur of animals, the plumage of birds, the hard scales of fishes and dragons, the bloom of fruit, the dew on flowers, the muscles of bodies, tiny faces and hands, the patterned folds of drapery, the clear reflection of lacquer, the glaze of porcelains, and the patina of bronzes in a way impossible to any but the Japanese hand and needle”

We have been a little bit obsessed with the textiles of Meiji Japan for some time, having taken a punt on a badly photographed piece on ebay some years ago. The photograph suggested something beautiful; in colour and scale at the least it seemed impressive. To say what we received was a revelation would be an understatement: we were floored. Repeatedly, as each section was unfolded from it’s wrapping, giving up a new glimpse of astonishing artistry and skill.

Seven ivory silk cranes moving gracefully through wisteria over a sage green ground, cut through with the orange leaves of an acer tree. The layout, quality of drawing and colour sensibility provide a masterclass in elegant design. The execution is flawless, and mind boggling in it’s complexity: the cranes rendered with soft, undulating feathers on the underbellies, wings couched into three dimensional life, the hard lines of the face and neck overlapping and interlocking with the sharpness of an engraving. The directional embroidery used to refract light in different ways, giving the sense of multiple subtle hues, of shadow and light and of depth.

Impressed yet? 19th century Europe and America certainly were. Today it is the bronzes, woodblock prints and lacquerware of the period that are remembered best, but at the time the ornamental textile was hugely popular, with textile items making up around half of all Japan's exports throughout the Meiji period.

The restoration of the imperial family and the opening up of Japan to the west coincided with the great age of the World Fairs. The new Meiji government, aware it couldn’t compete with the industrial achievements of the west, set out instead to impress the world with the unsurpassed achievements of it’s applied arts. The skill, flair and sensibility of the Japanese artists took the western world by storm and the textile artists of Kyoto very quickly made their mark.

In 1873, encouraged by the Kyoto silk merchants, the national government decided to include a selection of Fukusa (an ornamental gift cloth and common household antique) in the Vienna International Exhibition. Over 700 examples were collected from private homes around Kyoto and these proved extremely popular, outselling the celebrated silk fabrics of Nishijin. Inspired by this, the Kyoto manufacturers quickly made moves to reform their businesses and infrastructure to accommodate the new western markets. In short order, influenced by artists and critics who were quick to adopt the “Japan Craze”, or “Japonisme” in France, no middle class western home was without it’s Fukusa, embroidered folding screen or wall hanging.

Subject to the whims of fashion, and incredibly susceptible to damage, good surviving examples are now rare and these beautiful artworks are shockingly underknown and under-appreciated today. We take every opportunity to tell people about them, partly in the hope that more examples will come out of the woodwork, but mainly because we believe they need to be seen and deserve to be cherished. The Ashmolean Museum in Oxford has a superb collection and we would encourage anyone who can to go and visit, or track down the exhibition catalogue, Threads of Silk & Gold. There are works in that collection that represent some of the finest artistic achievements of the last millennium, yet (for the most part) their creators and their unparalleled skill remain anonymous. 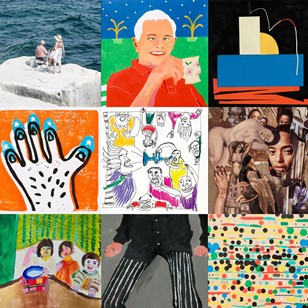 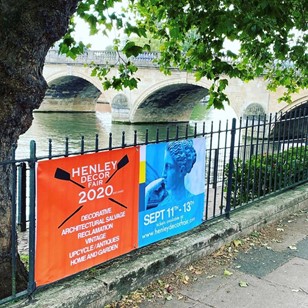 Up to 50% Spring Savings and Trading Update