We are thrilled to bring to the market for the first time a collection of artist Evelyn Dunbar's works, previously never exhibited. Some are on the DC here.

British artist Evelyn was born in Reading on the 18th December 1906 and was the youngest of five children. She was the daughter of William and Florence. Her father was a tailor and her mother, a keen gardener and amateur Artist. In 1913 the family moved to Rochester and Evelyn attended Rochester Grammar School for Girls. Her passion for art started at an early age and she created the painting shown entitled 'Learned Scholars' Via 1925 Class 6A, depicting her class mates (shown). It is an interesting painting as she chose to paint them facing away, she was always intrigued by different perspectives and angles.
Evelyn then went on to study at Rochester school of Art, 1925 - 1927, followed by Chelsea School of Art, 1927 - 1929. In 1929 she won an exhibition to study at the Royal College of Art and graduated in 1933. In 1940 the Tate gallery bought ‘’Study For Decoration: Flight (shown).
The Brockley murals (shown) were commissioned by Brockley County secondary school, Lewisham (now Prendergast School). These murals are considered some of the most important achievements of 20th century mural painting. Charles Mahoney was one of Evelyn’s tutors at The Royal College of Art, Dunbar and Mahoney worked on Brockley school for three years together and became lovers.
Evelyn wrote many love letters to Mahoney, over their romantic period. They were illustrated beautifully and included two depictions of Opportunity. Pictured is another version of Opportunity (and is also for sale here), who wear's a voluminous dress and fruitful hat. The figure is holding a ladder which two babies are climbing and could well be an allegorical depiction of her relationship and what she was able to offer him. The main image may well have been used for her depiction of her painting ''April'' 1937- 1938. They parted ways in 1937. Evelyn was brought up as a Christian Scientist and had a deep faith and Mahoney was a left-wing atheist, so they didn’t see eye to eye.
August is a rather symbolic self portrait (shown and is for sale here), in a red bathing suit in the summer month of August. She is eating plums out off an Elephant Ear leaf, while wearing another of these leaves on her head as a sun hat. The figure is sitting on a two seater cast iron seat. At her feet, within the bower, is a garden hose coiled up. It has been suggested that the figure depicts Eve eating forbidden fruit and the garden hose represents the serpent. In one of Evelyn’s love letters to Charles Mahoney from Winter 1934 / 1935, she has penned a sketch of her and Mahony sitting entwined on the same bench. This was before the relationship had ended.
In April 1940 she was made an Official British War Artist, she was hired by the War Artists Advisory Committee. Her art captured life at home during the war, including land girls and the hard work they did for the war effort. Evelyn was the only female artist to receive a continuous salary for her work at this time. Many of the paintings are in the Imperial War Museum to this day and offer a valid insight, as to what life was like. Shown is her painting 'A Land Girl and The Bail Bull' 1945, Presented by the War Artists Advisory Committee 1946, © Tate Gallery. Also shown is 'Milking Practice with Artificial Udders' 1940, © Imperial War Museum.
Evelyn married Roger Folley in August 1942. He was an agricultural economist and he was called up to serve in the RAF, receiving his flying officer commission in 1941. He is seen in the painting 'The Queue at the Fish-Shop' (Strood) 1944,  © Imperial War Museum cycling by. In 1946 Evelyn took up a part time teaching post at the Oxford School of Art and also became a visiting teacher at The Ruskin School of Drawing & Fine Art.
After the war she painted Portraits and allegorical pictures, 1954 and 1960, they played a small but important role in her output. She often painted her family and especially older sister Jessie. Dunbar always painted Jessie side on, due to a slight facial disfigurement, that she was self conscious of. In the painting 'The Queue at the Fish-Shop' Jessie is seen crossing the road with a basket and she is also shown in the painting 'Jessie On The Bench', 1930 - 1940. Shown is a painting of Jessie which can be viewed here and is for sale.
Dunbar had a deep devotion to nature and this was expressed in her work. She had a particular affection for the landscape of Kent. On the evening of 12 May 1960, in the woods near Staple Farm, the Kent farmhouse in which she and Folley were then living, Dunbar suddenly collapsed and died. A post-mortem showed coronary atheroma to have been the cause of death. Shown and is for sale here is a painting of Strawberry Cottage Vegetable Garden 1938 - 1939.

Evelyn left a legacy full of rich visual evidence of life in Britain during World War II. Land girls, nurses, factory girls, sewing circles, agriculture and gardening. All reflecting the vital contribution of this countries women. Which has never been depicted so well before and with such detail and passion. 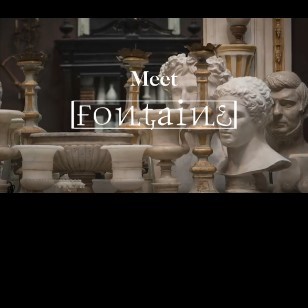 Your Very Own Piece Of Scottish History, Can Be Shipped Worldwide!!