Upcoming Antiques Trends To Keep a Close Eye On

Collecting antiques is a wonderful hobby that gives us a peek into the past. Antiques are officially defined as a collectable object such as a piece of furniture or work of art. You can think of them as snapshots of a past era, giving us insight and understanding into what the world was like many years ago. Some collectables have existed for hundreds or even thousands of years, and the value is often subjective depending on the community that collects it or the person that found it.

As such, predicting antique trends can be rather difficult. However, we’ve put together some trends that are starting to pick up traction. This should give you an idea of the type of antiques to keep an eye on.

Heritage Antiques Will Grow in Popularity

Not only are heritage pieces beautiful and storied, but they also carry sentimental value for people as well.

Antique Furniture, Even in an Unusable State, Will be Worth More

In the past, antique furniture was seen as a quirky way to add a bit of personality to your rooms. Today, more and more people are scouring second-hand antique stores not just for a bargain or a unique piece, but for environmental reasons.

More people are starting to pay attention to their carbon footprint because they don’t want to support manufacturers that don’t care about the environment. As such, many have decided to boycott typical furniture stores and are now starting to look at antique stores and thrift stores that sell furniture.

As a result, you can expect old pieces of furniture to sell for a lot because it’s an effective way to recycle and reuse them. You’ll even be able to sell broken or less-than-perfect furniture because it gives people materials to upcycle their furniture.

Original Copies of Famous Books Will be Worth a Fortune

Humans love to record their ideas and share them. Books are a fantastic way for us to communicate without directly speaking to someone else. It’s an opportunity to share ideas and discuss difficult topics. In most cases, books are very much centred around the era they were written in. This gives people a great insight into what life would've been like in the past, such as the issues they were dealing with.

That’s why many old original copies of famous books, such as George Orwell’s Animal Farm, are going for up to 5 figures. Some books, such as the originals of the Harry Potter series, can go for a staggering £150,000. 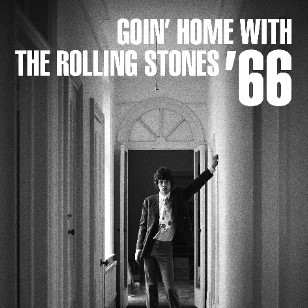