These items have been gently cleaned while respecting the vintage patina and are ready to use.

Lluis Clotet is especially active in architecture and has made a number of interesting designs of objects. Fascinated by the playful crumpling of a tray in silver paper he reproduced the effect in a successful mini-series of trays & baskets, in which the crumpled edge is achieved using a complex technique of cold-pressing in a single operation.‎ These examples are executed in quality 18/10 stainless steel with a polished mirrored smooth finish.
The Port bowl is stamped at back: "ALESSI ITALY INOX 18/10 LLUIS CLOTET 2001"

These bowls are overall in very good vintage condition. The surfaces are smooth and very reflective, with a light vintage patina present in line with age & wear, such as a few superficial tiny marks and some rubbing in the bottom areas.

Packing is offered free of charge. We take special professional care while packing. For safe transport the two bowls would be wrapped in bubble wrap & foam. They would be then put together into a box with loose fill packing nuts, safe for posting with a courier. We ship with reliable couriers (signed for, tracked & insured).

ALESSI & LLUIS CLOTET DESIGN HISTORY: Born in Barcelona in 1941Lluís Clotet received a degree from the “Escuela Técnica Superior de Arquitectura” of Barcelona in 1965. In that school, he was a drawing teacher from 1977 to 1984. In 1964 he founds Studio Per in cooperation with the architects Pep Bonet, Cristian Cirici and Oscar Tusquets. With the latter, he collaborated in multiple projects until 1983. In 1984, he joined partnership with Ignacio Paricio for the architectonic production until the year 2008. He is also a founding partner of the firm "B.D Ediciones de Diseño" There are collections of his work in many museums.

Save Item Save Dealer

Sergio Guazzelli worked as an Architect and Interior Designer in Argentina. In 1990, he moved to Rome, where he developed and diversified his talents. The 'Eternal City' ignited his interest in antiques, leading to a Diploma in Antiques & Fine Arts. As architecture embraced art; antiques found a place in his designs.

In 1993, Sergio opened his first antiques showroom in Rome, with a second seasonal shop in Ponza, an island close to Capri. The island spirit, with her international clients, influenced his eclectic style. Following features in several magazines, Sergio established his own art & antiques publication. As a part of this, Sergio regularly visited and reported on leading European Auction Houses. It was London's art & antique scene, which drew Sergio.

In 1999, Sergio opened with his partner, Blair Thorburn, their London shop, Roomscape Vintage Furniture, in the historic Horse Hospital at The Stables Market in Camden Town. It was here that they became one of the first to propose vintage Scandinavian style to the London market. Moving forward at the beginning of the Millennium, Roomscape proposed further styles such as Hollywood Regency & Modernist glam.

Roomscape’s adventurous approach brought them to the attention of decorators including a collaboration of the launch of Liberty’s Fourth-Floor Furniture Department in 2006. Decorators not only appreciated the style but also the quality of pieces. With a wide range of contacts and 25 years of experience, Sergio & Blair source stock from abroad as well as trade fairs, private clients and auctions houses. Roomscape searches for pieces in good condition and gentle restoration is done to bring the piece to the best original vintage condition. Each piece is researched with historical detail fully presented on the website.

In 2009, Roomscape moved from a ‘traditional’ shop to a larger showroom with a stronger online presence reaching global destinations. The ‘By Appointment’ Showroom allows customers, both the trade and the public, to have the full 75m² space all to themselves for as long as they want and have a coffee with the boys. Moving from a shop has allowed a more attention to buying and sourcing abroad. It has certainly helped that Sergio is fluent in five languages.

2010 was the year Roomscape worked in partnership with Mary Portas' Living & Giving shops furnishing the Notting Hill & Primrose Hill stores. This collaboration proved charity shopping can be socially responsible, exciting and stylish at the same time. ‘Socially’ responsible in other ways, Roomscape has sourced vintage pieces for the entertainment industry such as The Union Club in Soho, London. The Union is a well established private members club and one of the first to furnish their club with vintage pieces. Most notable is their collection of Sciolari Chandeliers from Roomscape.

Sign up for the Roomscape email newsletter of new arrivals which is the best way to be the first to know. Still haven’t found what you’re looking for; send us a stock request, so that you can be informed when something special comes up.

From the public to international dealers, from a private members club to your local bar, our customers are as eclectic as our style. One thing in common; they are fans of the idiosyncratic and daring mix. 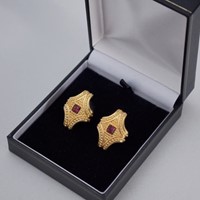 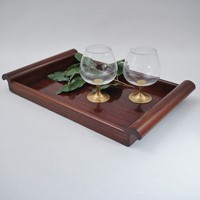 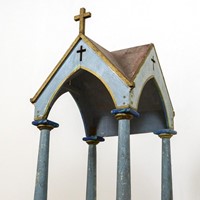 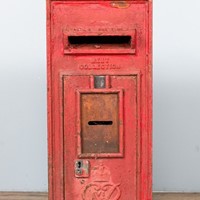 Back to top
Close

You need to register in order to save items.