John Bolam was born in 1922 in Amersham, Buckinghamshire. He originally studied painting at Hornsey School of Art and furniture design at High Wycombe School of Art. He subsequently became a member of the Great Bardfield group of artists (named after the village in Essex where many of the members settled). Close friends and colleagues from that time included Michael Rotherstein, Edward Bawden, John Aldridge and Edward Middleditch. From 1970 to 1983 Bolam was Head of the School of Art at Cambridge College of Arts and Technology.

John Bolam is seen by many as following in the path of the neo-Romantics, most notably John Piper and Graham Sutherland, but his imagery subsequently evolved independently. Bolam was also strongly influenced by French artists such as Braque and Degas as well as the English landscape, especially the Chilterns.

This piece was created using mixed media and is in a cream wooden frame under glass. 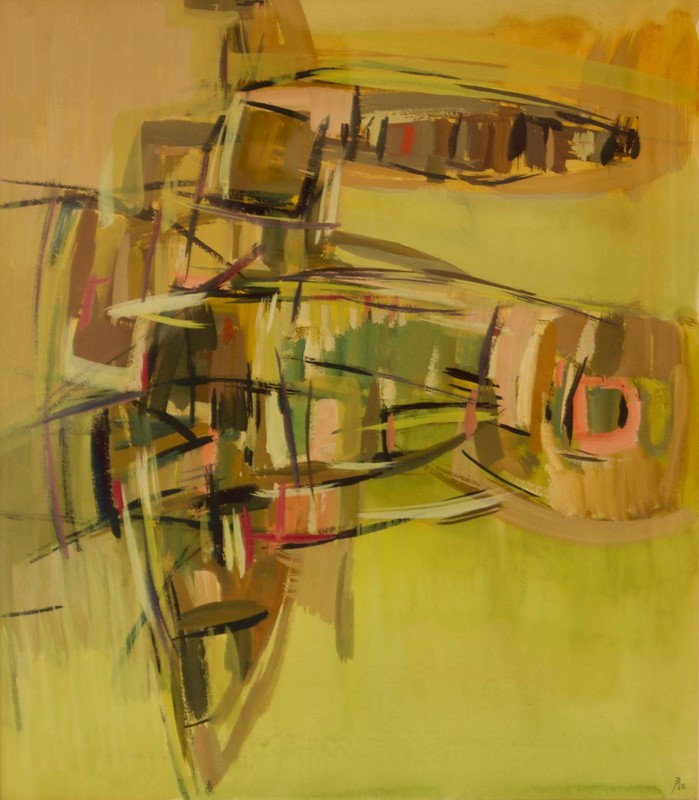